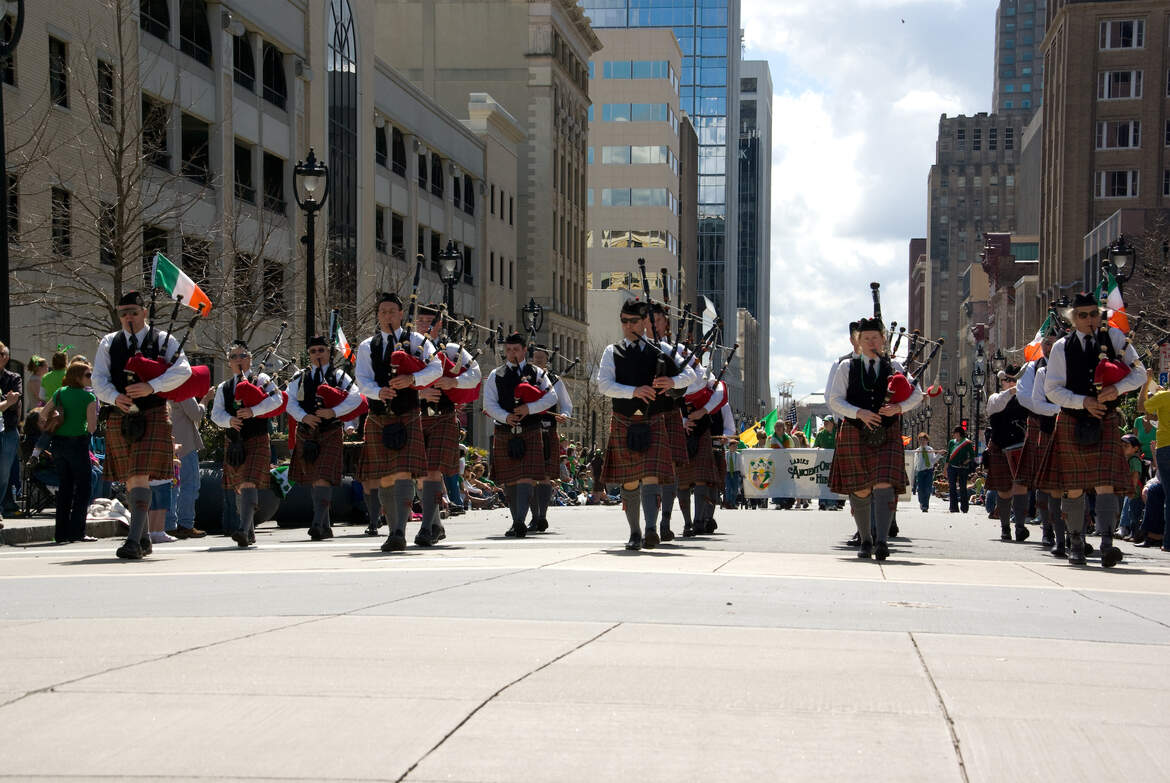 March in the Parade! Join us for the 2023 Parade:  Sign-up now to be a parade participant and secure your place in the parade line-up. Groups and individuals are welcome!
Deadline is February 24, 2023

To secure a spot in the parade line-up, please submit your information and once approved you will be directed to pay your fee.
Entry fees are non-refundable and paid only after approval to be in the parade.
The Parade Committee reserves the right to deny any application for entry.
The parade will go on rain or shine! .

Upon submission, you should see a Thank You page.  If you don't, try another browser and/or device.

View the 2022 parade.  Thank you to ABC11 for providing the recording of the live stream!

Thank you to our sponsors!

Accessibility
The Raleigh Saint Patrick's Day Parade is at street level with some roads closed off to motor vehicles starting early morning. While this means that some areas of the streets and sidewalks can get crowded, all activities are physically accessible. Do note that some streets have a slight uphill pitch to them.  Please email info@raleighstpats.org with any concerns or questions.